Musical instruments in the ancient world 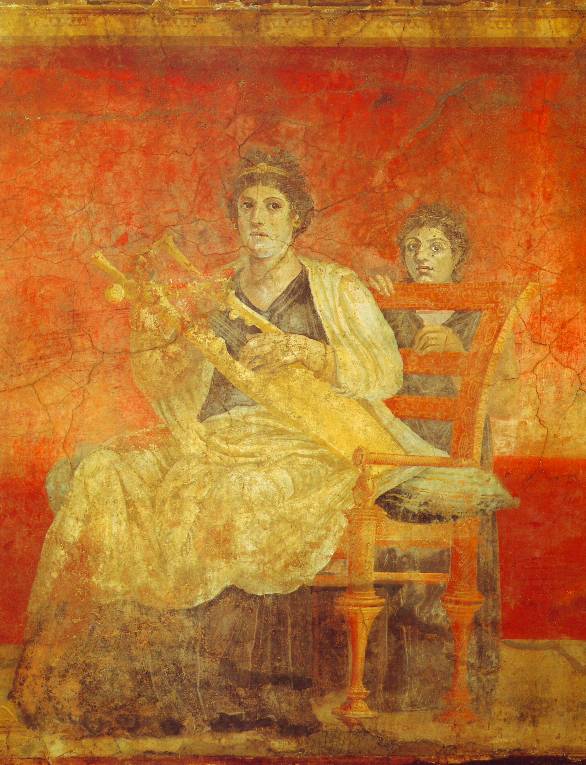 Woman playing a cithara, circa 40BC, wall painting from the villa at Boscoreale. 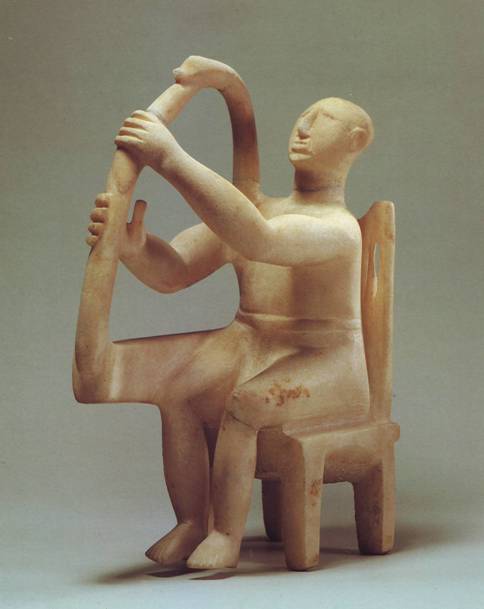 A harp player, seated on a good sturdy chair. Notice his well-muscled arms: this man is used to holding a heavy instrument and playing it for long periods. The statue dates from about 2700BC, well before the biblical period 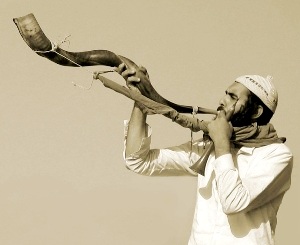 A shofar, the ‘trumpet’ that brought down the walls of Jericho

Annoyingly, there are no images or carvings of musical instruments in Israel. So we have to rely on Egyptian, Assyrian and Aramean, Greek or Roman pictures and sculptures to get an idea of how they looked.

To add to the problem, it’s hard to be certain about the words used to describe instruments in the Bible. Some terms, for example Nêbel (harp) and Kinnôr (lyre),  are used interchangeably, although originally they described distinctions in size or in the number of strings.

On the other hand, many statements or explanations offered by later writers are clearly unreliable. The Jewish historian Josephus, for example, solemnly states that there were 500,000 musicians in Palestine, clearly a wild exaggeration. 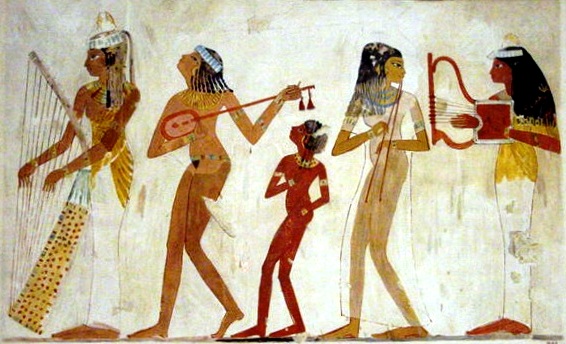 Egyptian wall painting of musicians with percussion and wind instruments

ln general, the instruments mentioned in Hebrew writings can be classiﬁed into familar moderns groups: 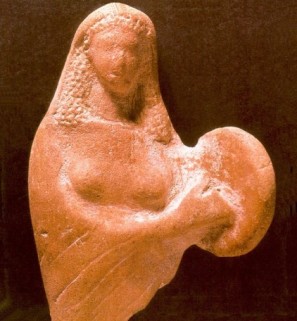 Ancient statuette of a woman playing a timbrel. Cyprus 6th century BC 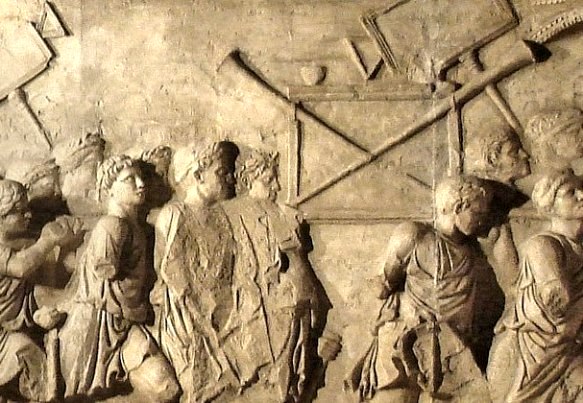 Hãtsotserah — trumpet; the trumpets from Herod’s temple,
shown on the Arch of Titus

Other coins of the period show lyres, usually in pairs as in the instructions given to Moses in Numbers 10:2-10. They were played by priests during Temple worship.  See pictures of these below. 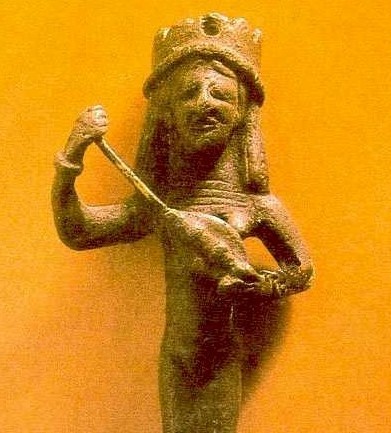 Other coins of the period picture lyres. An interesting thing is that they come in pairs as in the instructions given to Moses (Numbers 10:2-10). They were played by priests either in unison or antiphonally during Temple worship.

Seven of the images below are from the Potsdam Public Museum at the recommended website http://www.potsdampublicmuseum.org/pages/68/10/ancient-musical-instruments.

This website describes the painstaking recreation of ancient instruments by Charles N. and Harriett Lanphere of Potsdam, New York, in the late 19th century. They reconstructed instruments from the Bible, and from Egypt, Chaldea, Assyria and Palestine, using images from rock sculptures, tomb paintings, and coins. 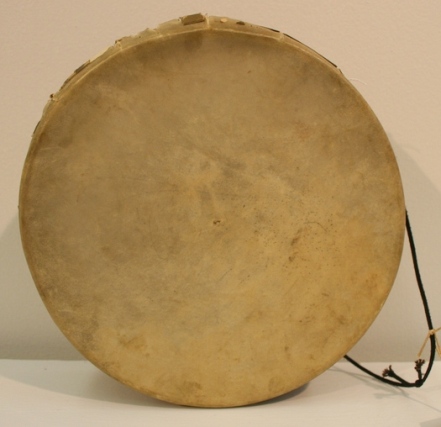 Menne’îm — the sistrum, an Egyptian instrument made of a metal frame with transverse metal rods that tinkled or rattled when shaken. Potsdam Public Museum 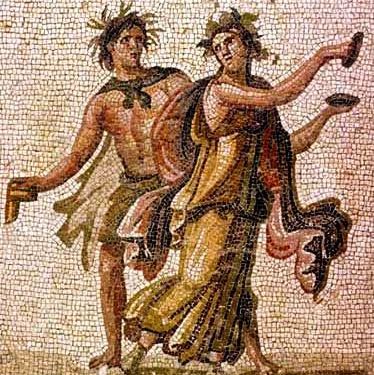 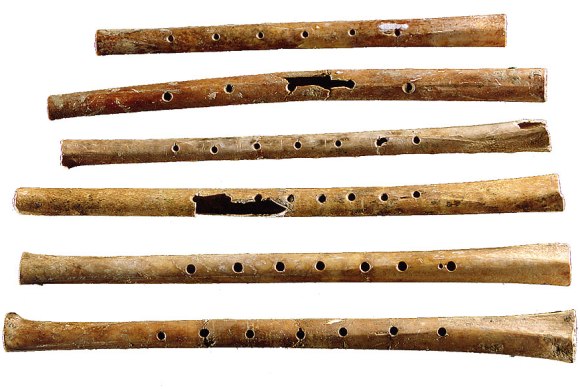 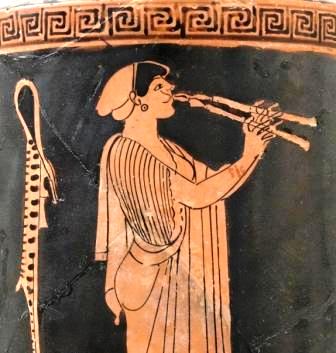 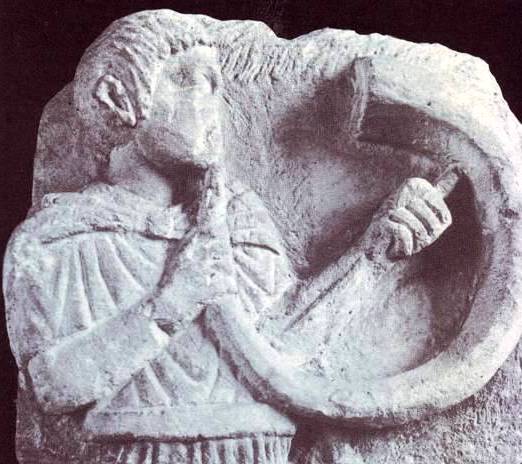 Keren — the horn or trumpet, metal, late Roman, from Spain and Italy 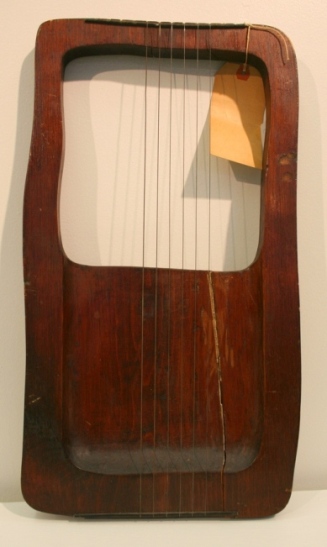 Copy of the small Hebrew harp on the Beni Hasan mural, Egypt, 1800BC. Potsdam Public Museum

Kinnôr — lyre. This one is an Egyptian horse-headed Lyre. Potsdam Public Museum 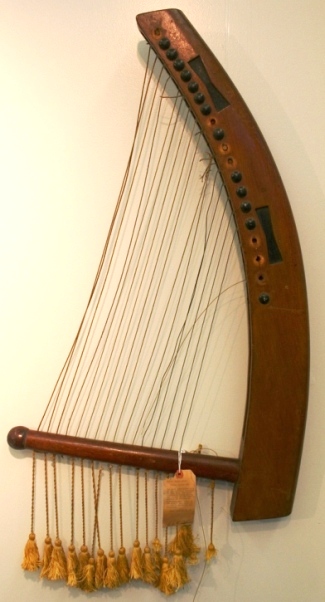 Nébel – harp. This is thought to have been the main instrument accompanying Psalms in the Temple. Potsdam Public Museum 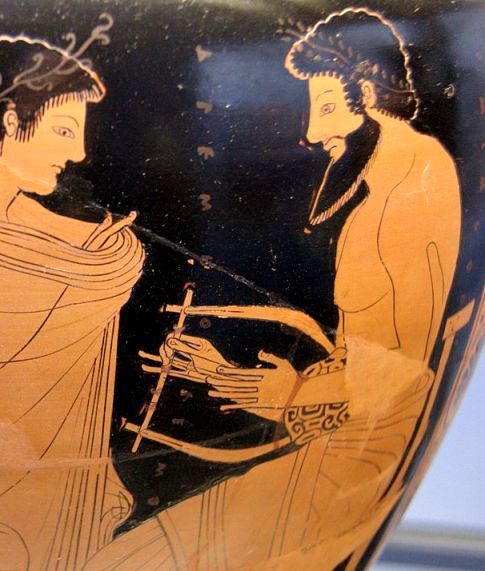 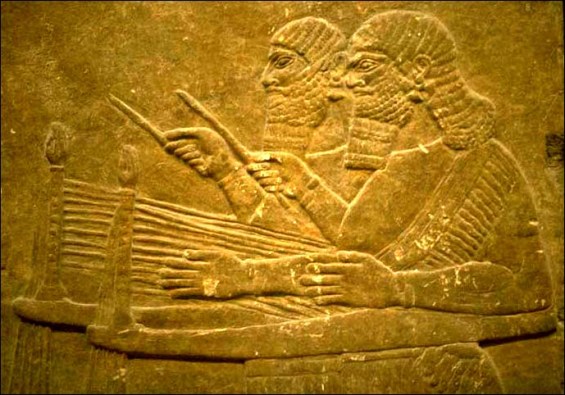 In this bas relief from the palace at Nineveh, circa 700BC,
lyre strings are struck with a wooden baton, rather than plucked with a plectrum 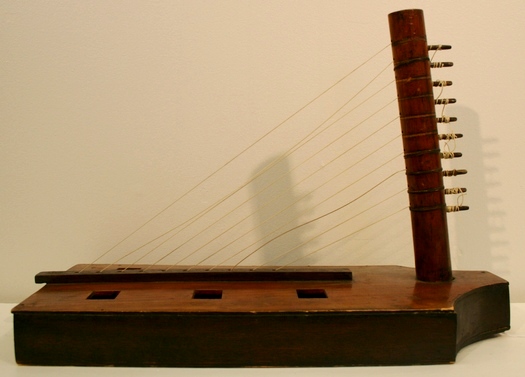 Sabkã — a harp shaped like a ladder on a boat. Potsdam Public Museum[/caption]

Music in
the ancient world