Elizabeth in the Gospel of Luke

Elizabeth: everything except children 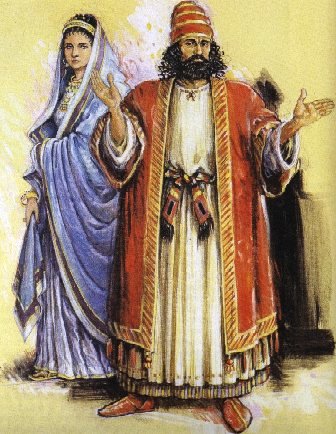 Socially, Elizabeth was well-placed. She came from a long line of priests, and was eminently respectable and well-connected.

She had married sensibly too. Her husband Zechariah was a member of the priestly order, and so they enjoyed a high social status.

Despite all these advantages, she had one terrible misfortune in her life: she was barren.

She had prayed for a child, but none had come. 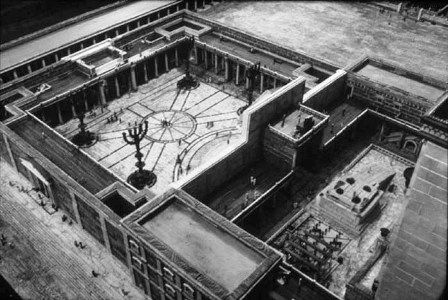 Inner courts of the Temple in Jerusalem. The Priests’ Court is in the bottom right of the image

One day her husband Zechariah was taking his turn at offering sacrifice in the Temple at Jerusalem. It was a great event in his life – he had been chosen by lot to enter the sanctuary and offer incense as part of the daily worship at the Temple.

This was something that happened only once or twice in a priest’s life.

The Angel comes to Elizabeth 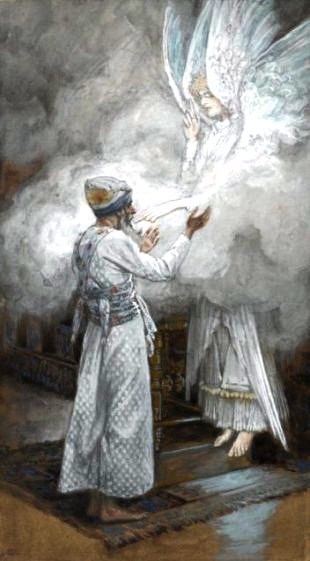 When Zechariah stepped forward into the sanctuary an ‘angel’, a messenger from God, appeared to him. (See What is an Angel?)

Then it gave him momentous news: his wife Elizabeth would conceive and have a son.

Despite the extraordinary circumstances, Zechariah discreetly implied that he was no longer capable of sexual intercourse, and that his wife had ceased menstruating. The angel responded by naming itself – ‘I am Gabriel. I stand in the presence of God’.

When Zechariah came out of the Temple he had lost the power of speech. He tried to explain by signing, but this had only limited success.

He headed for home, to find some comfort in the arms of his wife. A few months later Elizabeth made a startling announcement: she was pregnant.

At about the same time, a young kinswoman of Elizabeth’s, Mary of Nazareth, became pregnant as well. 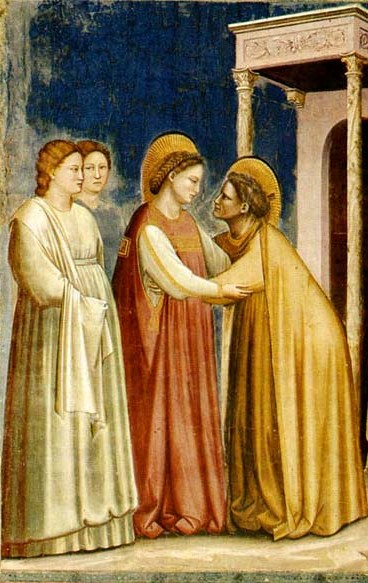 Giotto’s painting of the meeting of these two pregnant women, Elizabeth & Mary

But the circumstances were very different. Mary’s promised husband Joseph was certain he was not the father, and though he agreed to marry her, the young woman was in disgrace with her family.

They sent her away, probably for her own safety, to visit her respectable cousin Elizabeth.

When the two pregnant women met face-to-face, Elizabeth’s unborn baby responded by suddenly moving and kicking in her womb.  Twenty-eight weeks, the end of a woman’s second trimester,  is the normal time to expect an unborn baby to kick in the womb, and this may well have been the first time Elizabeth’s baby moved – a wonderful moment for any mother.

She took this sudden movement as a sign, and pronounced a blessing on the younger woman.  Mary responded with the words of the song called the Magnificat. 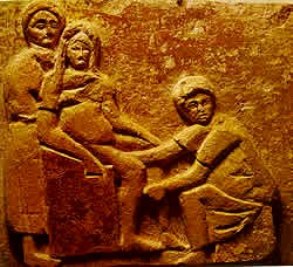 It is not clear from the text whether Elizabeth had the help of her young kinswoman when she gave birth to her baby, but she would certainly have been surrounded by loving family and friends, especially since her advanced age made it a difficult birth.

See  Childbirth in the ancient world

Elizabeth had a son, and her friends and relatives were overjoyed. She seems to have recovered well from the birth, because eight days later she was up and around, ready to attend the circumcision of her son.

Elizabeth’s extended family decided that the baby would be called Zechariah, after his stricken father, but Elizabeth stepped forward and briskly contradicted them. Her son’s name was to be ‘John’, she said, even though there was no family precedent for the name.

They argued, but Elizabeth stood her ground. Exasperated, the family members turned to Zechariah for support. He asked for a writing tablet, and with a stylus he scratched a single sentence: ‘His name is John’.

Immediately, to everyone’s amazement, he regained the power of speech. This unexpected event convinced onlookers that the hand of God was with Elizabeth’s little baby, that he would be different and unique. Now the name ‘John’ seemed appropriate, since it gave him an identity that had nothing to do with the past.

Zechariah sees the future of the boy

This was cemented by the words Zechariah now spoke. Elizabeth’s little son would one day be a prophet of the Most High, he said, preparing the way for the Messiah.

Elizabeth may not have lived to see her son grow to manhood – she was already old by the standards of the day. Sc 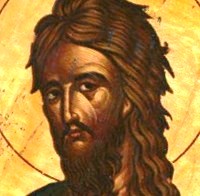 holars suggest that John may have been a member of the Essene sect at Qumran – a group that adopted young children if their parents were dead.

Perhaps it is just as well if her mother’s eyes did not see his future, for it was a difficult one, ending in cruel execution.

She would have suffered if she had known how he died, even though he gave his life ‘preparing the way of the Lord’.